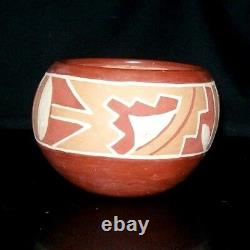 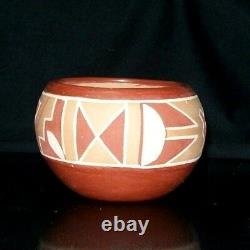 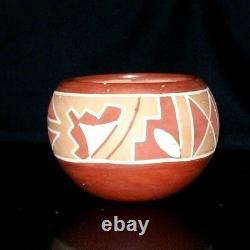 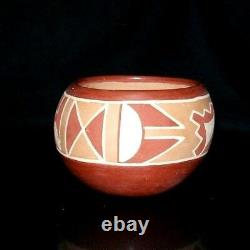 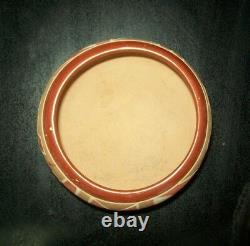 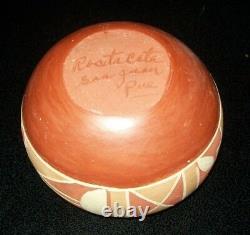 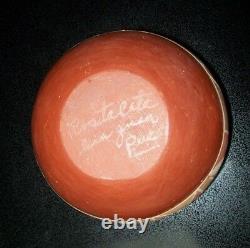 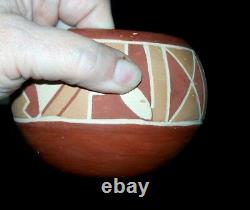 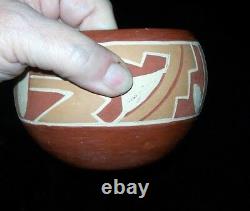 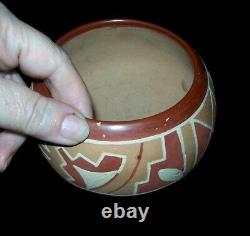 This lot is likely from the late 1960's-early 1970's by Rosita Cata (aka Rosita de Herra) San Juan Pueblo. It measures approximately 14" in circumference (tape measured around the outside of the pot), is 3" tall and has a few flea bites and scratches to the color. Rosita de Herrera is a daughter of noted Okay Owingeh potter Tomasita Montoya and a sister of noted potter Dominguita Naranjo. Rosita often combines the two distinctive styles of incised and carved designs in her pottery.

The two different styles were part of the innovation of her mother and seven other potters beginning in the 1930's. The last three pictures show where the flea bites and scratches are in front of my thumb.

Please review all of my pictures carefully because they give much more detail than a written description can sometimes offer and my perspective on something in excellent condition can be different from anyone else's. The discount promotion is valid only on those items designated with the promotion. If none of the items you're interested in is advertised with the discount, you will not receive a discount; if one or more items is advertised for this promotion, you will receive the stated discount on those items only.

SAN JUAN PUEBLO Pottery Rosita Cata Bowl Native American Signed 3H" is in sale since Saturday, November 24, 2018. This item is in the category "Collectibles\Cultures & Ethnicities\Native American\ US\1935-Now\Pottery". The seller is "findingutreasures" and is located in Utica, Michigan. This item can be shipped to United States, all countries in Europe, Canada, Japan, Australia.