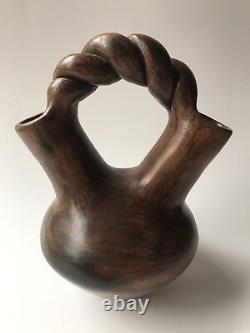 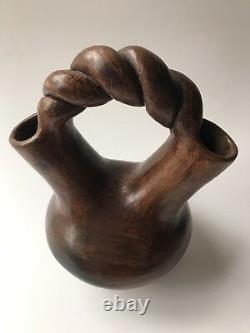 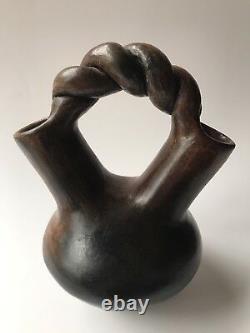 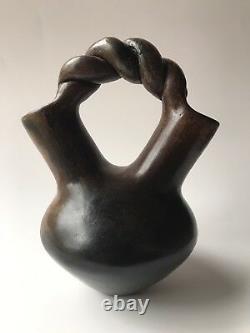 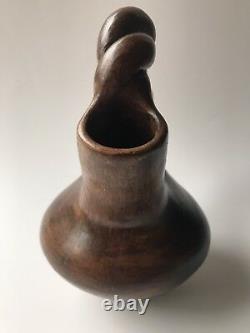 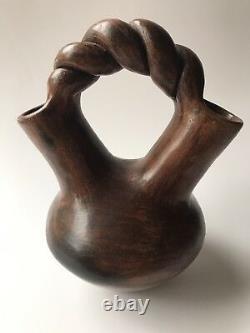 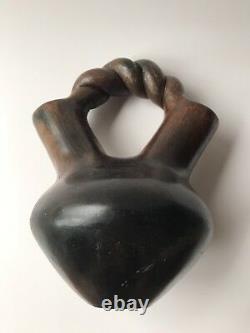 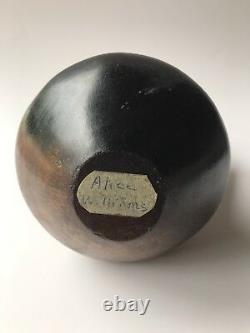 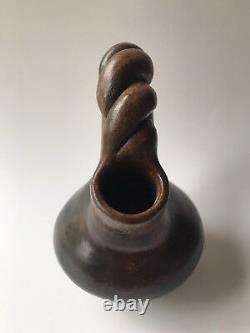 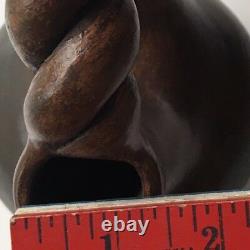 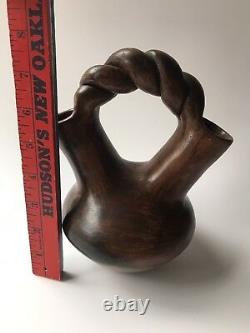 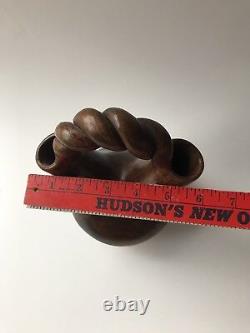 Amazing piece of Navajo pottery. Tape on bottom has not been removed to look for signature however research indicates that maker is Alice Williams who was later known as Alice Cling after marriage. Please see photos for details and thank you for your interest!

Born in 1946 at Cow Springs (near Tonalea, Arizona), Alice has lived most of her life in the area west of Kayenta and north of Black Mesa. She learned the Navajo way of making pottery from her mother, Rose Williams, and her aunt, Grace Barlow. After graduating from an Indian school, Alice married Jerry Cling. They have four children who make pottery now, too. The family digs the brown-firing clay from a special place near Black Mesa, screens it to eliminate impurities, and mixes it with sand for temper and with water to make it workable.

Alice's particularly unusual aesthetic contribution to the Navajo pottery renaissance is the magnificent coloration she achieves on the softly burnished and lightly pitch-coated surfaces of her forms. Navajo pottery is a relatively recent phenomenon as they were traditionally a nomadic tribe who stored all their foodstuffs in pitch-coated baskets. The nomadic way of life made ceramic pottery impractical for several reasons, the weight and fragility of pottery being at the top of that list. Also, unlike Hopi, Acoma and Zuni potters, those few who made Navajo pottery for ceremonial and personal use were never approached by the early railroad tourist promoters to produce pots on a commercial basis. The Navajos learned much of the traditional methods of making pottery from their Puebloan neighbors after they settled in the Four Corners region about the same time the Spanish first appeared in the Southwest.

Navajo pottery production of all sorts virtually stopped. By the early 1950's, only potters in the Shonto/Cow Springs area were still producing any amount of Navajo pottery and it was Bill Beaver, a non-Navajo trader at the Shonto Trading Post who spurred the revival and stimulated the market for Navajo pottery. As the tourist trade increased, so did the demand for Navajo pottery. However, there has always been a religious prohibition on painted pottery designs among the Navajo and that prohibition is still widely observed.

Alice started making pottery as a young girl and became a recognized Navajo potter only in the late 1980s. She digs her clay from a special place near Black Mesa.

She applies an iron-bearing slip to her finished dry clay forms and polishes the surfaces with either a river stone or a Popsicle stick. When firing, the ash that falls onto the pots from the juniper wood-fueled pit fire combines with the clay to produce the red-orange-purple-brown-black blushes (also known as fire clouds) on her pottery. After firing, she usually applies a light coating of warm piñon pine pitch and burnishes each pot to a distinctive low sheen.

Alice's personal contribution to the renaissance of Navajo pottery is the magnificent coloration she achieves on her softly burnished forms. Except for fire clouds and the occasional raised rope or biyo' around the shoulder or the opening, her pots are undecorated. Her elegant, gracefully austere pots are included with the avant-garde potters in Pottery by American Indian Women, the Legacy of Generations exhibition and book by Susan Peterson, 1997, at the National Museum of Women in the Arts, Washington, D.