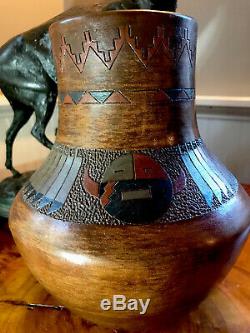 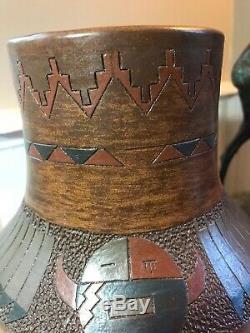 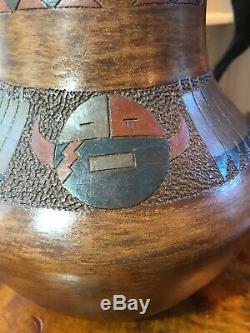 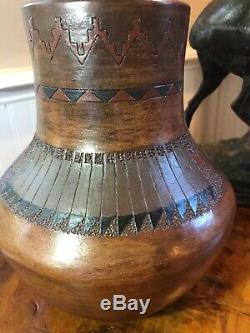 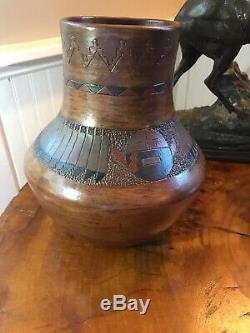 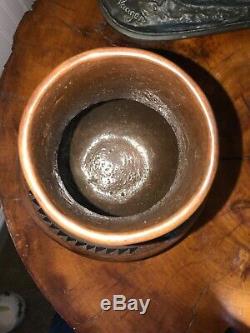 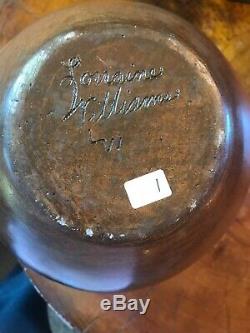 LORRAINE WILLIAMS Native American Navajo Pottery Pot LARGE STUNNING. 8.5 Inch Wide at widest part. No Damage in VERY GOOD CONDITION. Navajo Indian Lorraine Williams, born in Arizona during the late 1950s, was not raised with the tradition of pottery making; she did not begin working with clay until her adulthood. Today, her immense tribal pots and colorful Indian icons have made Navajo pots more commercially viable than ever before.

Lorraine was raised in Sweetwater, Arizona (near Kayenta and Teec Nos Pas), on a red mesa near Four Corners. Her Navajo maiden name was Yazzie, which Lorraine says is one of the names the Anglos gave out years ago. Her grandfather was one of the few rangers at Mesa Verde. Her father was a medicine man, and her mother was an herbalist. Three of Lorraine's seventeen brothers and sisters also work in clay.

Lorraine says she was aware of "potteries" at Indian ceremonies when she was growing up but that she didn't know the pots were made at home; she thought they were bought. She did not know anyone at that time who made pottery except "an old lady near Shiprock" who made ceremonial clay drums. My father would go over there to get pots for ceremony, but I just assumed the old lady got them somewhere, I didn't know she made them. [Now] I try not to assume.