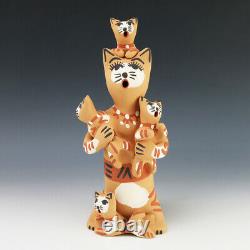 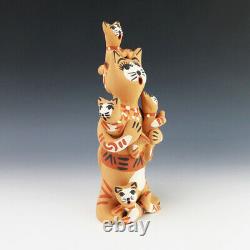 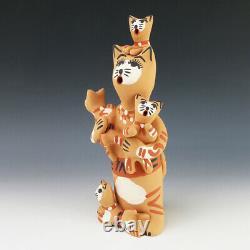 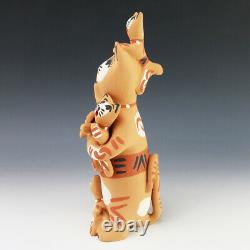 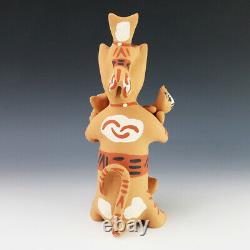 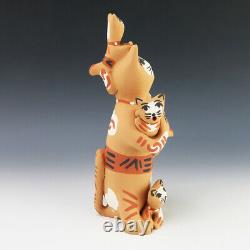 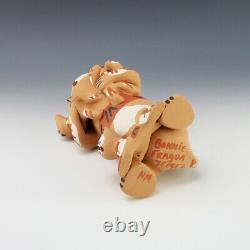 JEMEZ POTTERY CAT STORYTELLER BY BONNIE FRAGUA. Jemez potter Bonnie Fragua hand crafted this fabulous pottery storyteller, which depicts a cat holding four kitties. Bonnie was born into Jemez Pueblo in March of 1966. She has been making pottery since she was eight years old, learning from her mother, Grace Loretto. She specializes in storytellers of different sorts.

She digs her clay on the lands of Jemez Reservation, uses natural slips, and fires her pottery outdoors. 9 tall x 3 7/8 long x 3 5/8.