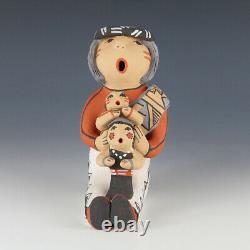 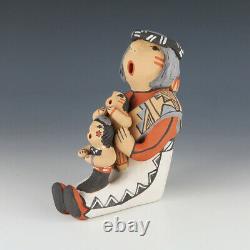 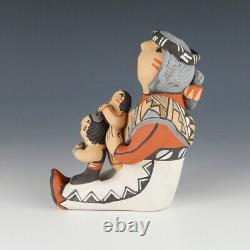 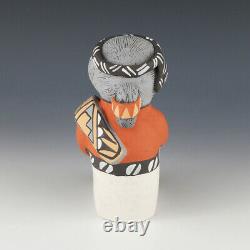 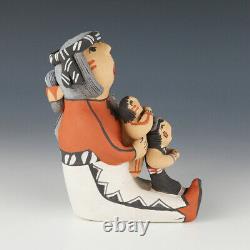 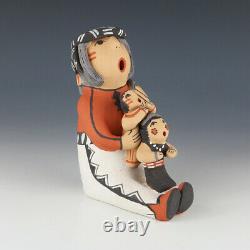 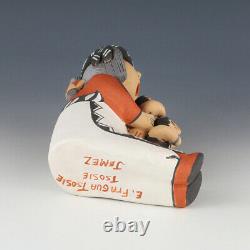 5 tall x 4 1/4? Within the Jemez Pueblo there are many exceptional potters.

The work is generally characterized by the buff and red clays used, and the range of styles and subjects. Storyteller, figures, sgrafitto designs, wedding vases, and melon pots are a few of their favorites. Before the arrival of the Spanish, Jemez was known for its traditional black-on-white ware, but production of this type of pottery died out in the early 18th century.