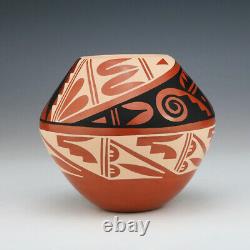 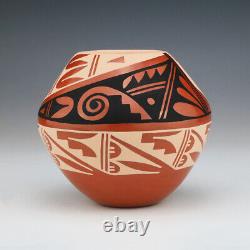 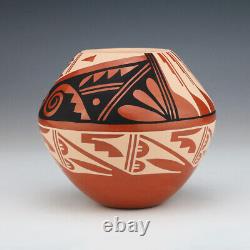 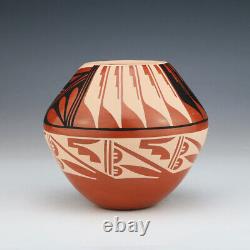 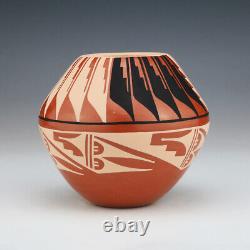 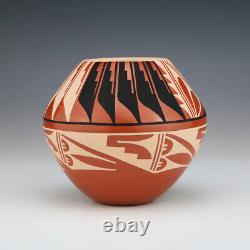 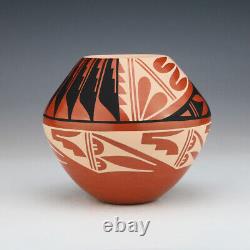 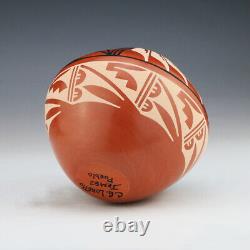 Carol has been an active potter since 1977. She is the sister of Geraldine Sandia, and she learned traditional Jemez pottery techniques from her mother, Cecilia Loretto. This traditional piece was hand coiled and hand painted with beautiful geometric designs. A great addition to your Native American art or pottery collection. 3 5/8 tall x 4 1/8? The pottery is new but hand made and painted, so there may be imperfections. Within the Jemez Pueblo there are many exceptional potters. The work is generally characterized by the buff and red clays used, and the range of styles and subjects. Storyteller, figures, sgrafitto designs, wedding vases, and melon pots are a few of their favorites. Before the arrival of the Spanish, Jemez was known for its traditional black-on-white ware, but production of this type of pottery died out in the early 18th century.