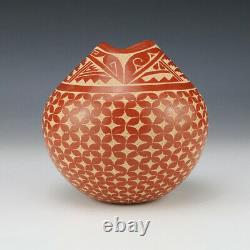 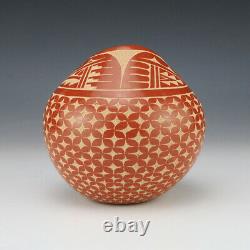 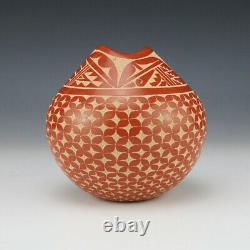 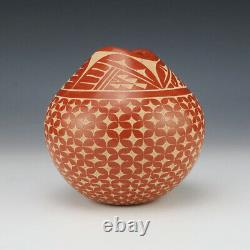 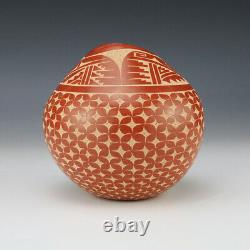 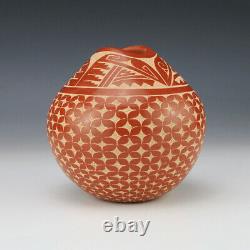 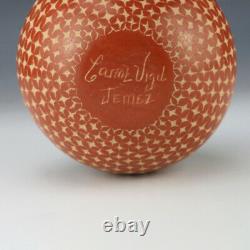 JEMEZ POTTERY VASE BY CAROL VIGIL. Jemez potter Carol Vigil hand crafted this exquisite vase. Carol was born into Jemez Pueblo in 1960. From an early age she watched her mother, her aunt, and her grandmother make pottery. She has been making pottery since the early 1980's. Over the years she's participated in the Santa Fe Indian Market, the Heard Museum Guild Indian Art Fair in Phoenix, and the Colorado Indian Market in Denver. Her pottery has earned awards. Some of her pieces are on display at the Smithsonian Institute's National Museum of Women in the Arts in Washington, DC.

Carol is known for her wonderful sgraffito designs. A great addition to your Native American art or pottery collection. 3 3/4 tall x 3 7/8? Within the Jemez Pueblo there are many exceptional potters. The work is generally characterized by the buff and red clays used, and the range of styles and subjects.