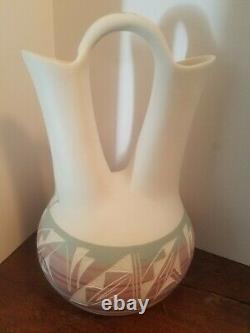 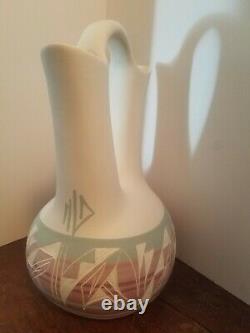 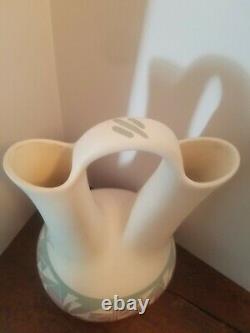 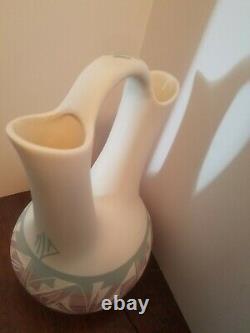 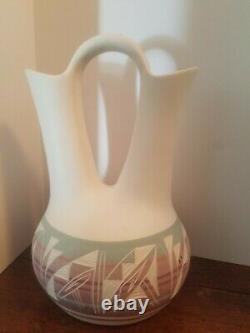 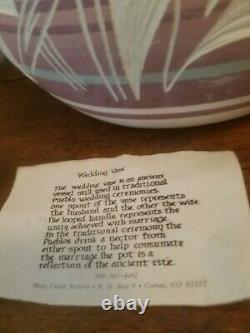 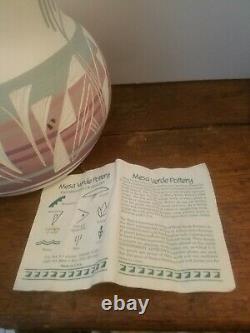 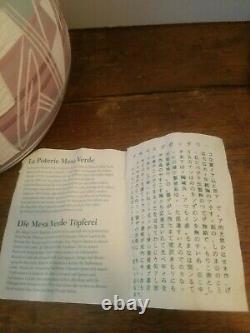 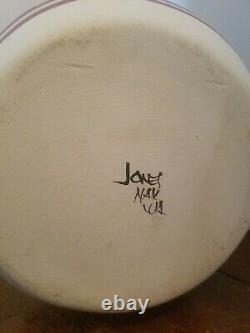 Stunning, large volume wedding vase created by Navajo Artist at the Colorado Mesa Verde Pottery in Cortez, Colorado. Individually cast and hand marked Jones - No guide, stencil, or replicate preconceived pattern - this piece is unique. Potting is a tradition by the Southwest Native Artists and this pot is very traditional in type, but certainly is unique in its very large size. The surface paints and carvings are images reflecting the rich heritage of the Navajo and of the Mesa Verde area. The colors reflect the blue open skies and water, and the mesa and mountain colors of the Colorado Mesa Verde area (Colorado meaning'Color Red' earth surrounding area and named by Native Americans of area).

The carvings mark story of Nature. All encircle the base of this stunning, huge ceremonial pot and wrap around the nectar given in the ceremony of new union. Per the maker's included original paperwork, the interior of this pot is glazed with U. Government food-safe glaze and may be used for liquids. In the wedding ceremony as explained, In the traditional ceremony the Pueblos drink a nector from either spout to help consumate the marriage.

Meaning of the unique original designs are key referenced on the original documentation, as well. Lovely pot with maker's tool marks and paints and signature "Jones Nav USA" on bottom of pot. Some base rim surface age smudges on bottom as visible in photo.

This item is in the category "Collectibles\Cultures & Ethnicities\Native American\ US\1935-Now\Pottery". The seller is "blackberrygrove" and is located in Cedar Rapids, Iowa. This item can be shipped to United States.